HomeBlogour blogPresidents, Politics and Your Portfolio: Thinking Beyond Stage One 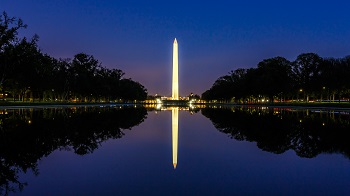 It's no surprise that this year's U.S. presidential race has become a subject of conversation around the globe. In "Why Our Social Feeds are Full of Politics," Canadian digital marketing executive Tara Hunt observes, "American politics, it seems, makes for high-intensity emotions far and wide." The intensity will probably only increase as the November 8 election date nears.

I am by no means endorsing that you ignore what is going on in the world around you. Politics and politicians regularly and directly affect many aspects of our lives and our pocketbooks. But as you think through this year's raucous race, remember this:

The more heated the politics, the more important it is to establish and maintain a well-planned, long-term approach to managing your investments.

So go ahead and talk politics all you please – and if you are an American, be sure to vote. But when it comes to your investments, it's best to ignore any intense emotions and the dire or ebullient predictions that spring from them, as dangerous distractions to your financial resolve.

Have you ever heard of stage-one and stage-two thinking? They're terms popularized by economist Thomas Sowell in his book, "Applied Economics: Thinking Beyond Stage One." Basically, before acting on an event's initial (stage one) anticipated results, it's best to engage in stage-two thinking, by first asking a very simple question:

"And then what will happen?"

By asking this question again and again, you can more objectively consider what Sowell refers to as the "long-run repercussions to decisions and policies."

In investing, we see stage-one thinking in action whenever undisciplined dollars are flooding into hot holdings or fleeing immediately risky business. Stage-two thinking reminds us how often the relationship between an event and the world's response to that event is anybody's guess and nobody's certain bet. A recent Investopedia article, "Does Rainfall in Ethiopia Impact the U.S. Market?" reminds us how market pricing works:

"No one knows how any of these events will impact markets. No one. That includes financial advisors who have access to complex computer models and investment strategists in the home office with cool British accents. They don't know, but their livelihood depends upon appearing to know. Few of them are ever held accountable for the innumerable predictions they got wrong. They simply move on to the next prediction, the next tactical move."

Stage-two thinking is especially handy when considering the proliferation of predictions for anything from financial ruin to unprecedented prosperity, depending on who will next occupy the Oval Office.

Again, the problem with the vast majority of these predictions is that they represent stage-one thinking. As financial author Larry Swedroe describes in a U.S. News & World Report piece, "Stage one thinking occurs when something bad happens, you catastrophize and assume things will continue to get worse. ... Stage two thinking can help you move beyond catastrophizing. ... [so you can] consider why everything may not be as bad as it seems. Think about previous similar circumstances to disprove your catastrophic fears."

In the current presidential race, we're seeing prime examples of stage-one thinking by certain pundits who are recommending that investors exit the market, and sit on huge piles of cash until the voting results are in. At least one speculator has suggested that investors should move as much as 50 percent of their portfolio to cash!

And then what will happen?

Here are some stage-two thoughts to bear in mind:

In this or any election, stage-two thinking should help you recognize the folly of trying to tie your investment hopes, dreams, fears and trading decisions to one or another candidate. Politics matter – a lot – but not when it comes to second-guessing your well-planned, beautifully diversified portfolio...ASSUMING you have one.