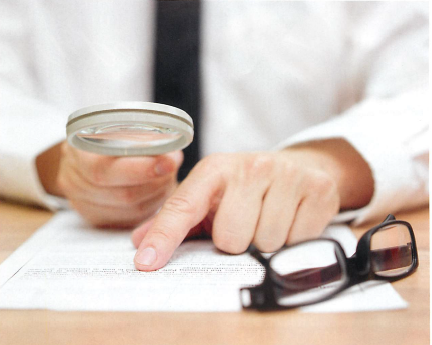 Q: Are there any rules of thumb you can give to help investors avoid mistakes?

A: Well, there's no end to the mistakes people can make, but there are a few rules of the road that can help you avoid many of them.

One of the worst mistakes that investors make is selling stocks in a panic when the market drops, thus choosing to realize losses. Then, during the ensuing recovery, when stocks are rising, these investors often sit on the sidelines like a deer in headlights, missing out on gains. By the time they finally get hack into the market, prices are often much higher. After buying back in, these investors are now all set to repeat this all-too-predictable vicious cycle when the market declines again.

You can avoid these and other investing mistakes if you keep in mind some key lessons, including:

As Warren Buffett famously said successful investing is like dieting— simple, but not easy, because it requires discipline.

Yet investors often overlook the importance of discipline and fail to follow through. They set up an investing plan and then abandon it by chasing hot investments that often become tomorrow's dogs. And they make things worse by focusing on useless market forecasts, which are nothing more than dangerous speculation. All the noise about what markets might do over the next couple quarters is useless, as shown by financial science. Disciplined investors who develop a wise plan and stick with it—while ignoring the noise—are the ones who ultimately enjoy financial freedom.

• When you're wrong, admit it—especially to yourself.

People get married to their views about investments and don't want to admit that they're wrong. Psychologists say it's only human for people to ignore or discount evidence indicating that they are wrong because this conflicts with their belief that they're smart. The only cure for this is a dose of humility that enables them to objectively evaluate and accept evidence that they made the wrong move. If they have a well-diversified portfolio, attempting to play the losing game of market timing—trying to guess when the market will move up or down—becomes irrelevant.

• Keep in mind that the real, big risks are the market-rattling events in the future that no one can anticipate.

And it's these risks that your portfolio must be built to withstand. Remember, what's known is already reflected in market prices. Truly unexpected events are another matter. And the biggest risk most investors and advisors face is being frightened out of a declining market, thus losing money and missing out on the eventual rebound. They viewed their flight as safe, though it was anything but.

• Don't overestimate your ability to take advantage of what you view as market opportunities.

One reason for this is that it's impossible to know where the bottom is in a market decline. Determining the bottom has been likened to trying to catch falling knives. Yet if you have a thought out, well-diversified portfolio—one that's nicely balanced with many different types of investments to help reduce the effects of temporary declines—you don't need to worry about where the bottom is. And if you have an unemotional, disciplined process that methodically rebalances your portfolio as needed, selling high and buying low, you can strategically capitalize on temporary market declines, as some investors did in 2008-2009.

"All the noise about what markets might do over the next couple quarters is useless, as shown by financial science."

By keeping these investing lessons in mind, you can reduce the likelihood that you'll end up like most—as your own worst enemy. As evidence clearly shows, the most important variable when it comes to successful investing is your own behavior. For most investors, this is where the guidance of an experienced advisor putting their clients' interests first (rather than their own) can be invaluable.