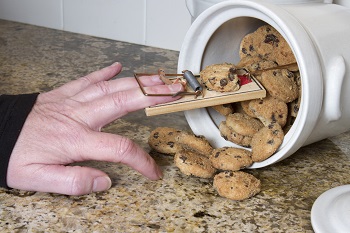 There's a good chance that someday you'll receive an invitation in the mail, or receive a phone call inviting you to a "free lunch" seminar from someone in the financial services industry.

And, after you've sat through what is often a slick presentation by a very well-trained salesperson, you're then rewarded with lunch or dinner. This is then typically followed up with numerous attempts to set up an individual appointment either in your home or at their office, with the ultimate objective of selling you an annuity. If you're 50, you've probably already had this experience.

Annuities, products issued by insurance companies, can be highly inflexible, extremely complex long-term contracts that use various means and methods to provide growth. They also can be very lucrative not only for insurance companies, but also for the agents who sell them. And it turns out that often high commissions aren't the only form of compensation these salespeople receive.

U.S. Sen. Elizabeth Warren (D-Mass.) has spearheaded a major study of noncash-compensation practices at annuity companies, and the recent results show an industry rife with conflicts of interest that significantly reward vendors and salespeople, all to the detriment of investors. Sure, there may be some applicable laws on the books relative to salespeople's compensation. But according to this scathing study, the industry has been using loopholes to get around these laws. The study cites research finding that the exploitation of these loopholes costs Americans about $17 billion a year because of consumers being saddled with inferior products, high fees and significant commissions.

The study—titled "Villas, Castles and Vacations: How Perks and Giveaways Create Conflicts of Interest in the Annuity Industry"—found rampant abuses that annuity companies freely admitted.
Among the findings:

Not surprisingly, the study found that existing regulations are inadequate to protect consumers because they don't require enough transparent, understandable disclosure about noncash compensation and how these kickbacks can harm consumers.

Though regulations have existed for decades attempting to restrict such practices, loopholes have allowed vendors to dive through, enabling non-cash compensation that's unfortunately still "perfectly legal," the study concludes.

Ultimately, since you can't depend on current laws to protect you, you'll have to look out for yourself. So when you get that phone call, or lunch seminar invitation, beware. Or if your current adviser brings up annuities, ask abundant questions and get your answers in writing, including how much commission the adviser will be paid, to determine if an annuity is even right for you. And, ideally, sit down with a financial adviser who doesn't earn sales commissions to get an objective second opinion before turning over your hard-earned dollars.

The report of the study can be found by logging on to Warren's Senate website, www.warren.senate.gov, and entering "annuities" in the search box on the homepage.