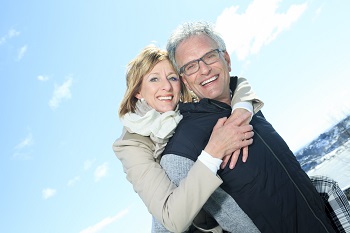 Q: My wife said she read something about women being potentially better investors than men. I told her this is nonsense. Your thoughts?

A: I'm sorry to tell you, but according to well-regarded research, your wife is correct. What she probably read is a reference to a classic behavioral finance study, published in 2000. This study concludes that women tend to be better investors than men. The apparent reason for this is that they lack something that often hurts men's investing performance: overconfidence.

The study, by Terrence Odean, now with the University of California at Berkeley, and Brad Barber of the University of California at Davis, was published in the prestigious Quarterly Journal of Economics and still receives a lot of attention.
After studying the investment returns of American men and women in the 1990s, the researchers found that women outperformed men by about 1 percent annually, which is actually a big difference. After examining the trading patterns of men and women, the researchers found that men traded 45 percent more than women.

As heavy trading tends to reduce returns, the researchers concluded, this is a major factor accounting for the difference in men's returns versus women's.

After testing several theories, Odean and Barber concluded that men tend to be more overconfident than women and that this overconfidence prompts them to trade more, setting them up for lower returns.

Not surprisingly, research is underway on the effects of testosterone - something men have and women don't - on investing performance.
Regardless of your gender and your investing preferences, there are things you can learn from the researchers' findings:

Reams of objective academic evidence show that over the long term, these types of low-cost funds regularly deliver better returns than buying and selling individual stocks or paying investment managers to do this for you. Investors who own a balanced portfolio of low-cost, passively managed funds can sit back and capture the returns of the overall market rather than foolishly attempt to beat it.

When you think about it, active investing - attempting to outperform the markets - is really driven by overconfidence. Buying and selling stocks is akin to gambling where the odds are significantly stacked against you - unlike harnessing the returns of the market by investing passively through asset-class funds or index funds.
Historically, the stock market has tended to be up annually nearly 70 percent of the time. So, regardless of your gender, capturing the long-term average returns of the overall market can provide you with superior returns. And above all, this can reduce overall risk.