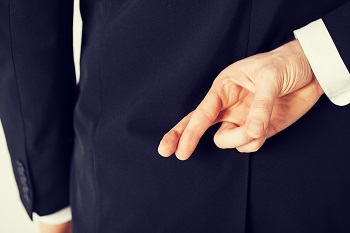 Q: We recently attended a free-meal seminar where a salesman tried really hard to sell us an annuity. Your thoughts, please?

A: This is usually about big sales commissions and valuable non-cash incentives for salespeople.

Annuities, products issued by insurance companies, can be expensive, highly inflexible, extremely complex long-term contracts that use various means and methods to provide investment growth. They can be very lucrative for not only insurance companies, but also for those who sell them. And it turns out that high commissions often aren't the only form of compensation these salespeople receive.

The recent results of a major study of non-cash compensation practices at annuity companies, spearheaded by Sen. Elizabeth Warren of Massachusetts, show an industry rife with conflicts of interest that significantly reward vendors and salespeople--to the detriment of consumers.

There are some laws on the books relative to salespeople's compensation. But according to this scathing study, the industry has been using loopholes to get around these laws. The study cites research finding that the exploitation of these loopholes costs Americans about $17 billion a year because of consumers being saddled with inferior products, high fees and significant commissions. These loopholes have long enabled non-cash compensation that's unfortunately still "perfectly legal," the study states.

The study indicates that it isn't just a stranger on the phone, or a seminar leader who might be trying to sell you an annuity. Unfortunately, this salesman could be none other than your own financial adviser.

Kickbacks are unfortunately quite common. Thirteen of 15 annuity companies surveyed admitted to offering kickbacks directly to agents or indirectly through third party gift payments, or both, in exchange for promoting certain annuity or insurance products.

These kickbacks are effectively concealed from consumers. "When companies can offer kickbacks to agents for recommending high-cost ﬁnancial products, and when those kickbacks are hidden from the customers," the study says "the likelihood that consumers will be duped into buying bad products increases sharply."

The most common kickbacks, known as "incentives," include all-expense-paid trips to lavish destinations such as Aruba, the Bahamas, and other resorts destinations. Annuity companies also admitted to giving away dinners at expensive restaurants, golf outings, tickets to sporting events, sports memorabilia, theater tickets and gift cards.

Even companies that don't provide non-cash compensation awards directly to sales agents frequently provide products and services to third-party marketing organizations that then pass these awards on to agents directly. "Ten of the 15 companies [examined] indicated that they provide such indirect payments," the study says such kickbacks include expensive vacations, iPads and jewelry. One expert even described these marketing organizations as "the primary culprits of this type of agency perks."

Although there may be some rare occasions where certain types of low-cost, no load annuities may make sense, the study's results amount to a big, fat, buyer-beware regarding annuities and those who sell them.

Ultimately, since you can't depend on current laws to protect you, you'll have to look out for yourself. So when you get that free-lunch invitation, beware. And, ideally, sit down with a fee-only financial adviser, who doesn't earn sales commissions, to get an objective second opinion before seriously considering turning over your hard earned dollars.

The report of the study can be found by logging on to Warren's senate website, www.warren.senate.gov, and entering "annuities" in the search box on the home page.

This article was recently published in the Patriot News. You can visit Tim's page and see all of the articles he has contributed.